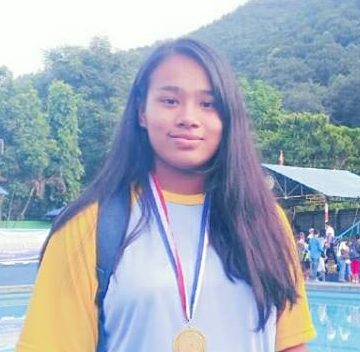 Ruby Believes that extra-curricular activities are as important as academics.  She wants to become a Genetic Engineer. However, she is a national level swimmer. She is a gold medalist in 7th Machhapuchhre Swimming Championship 2016. Also, she was the only female to compete in the 6th National Level Open Water Championship-2016 held in Pokhara. Currently, she is preparing for the national level age-group swimming competitions and 8th open water swimming championships.

She says,” I am a 16 years old girl belonging to the Tamang ethnic group. Through swimming, I have demonstrated to the Nepalese society that age, gender, and ethnicity do not prevent a dedicated teen-Tamang-girl from competing with adult males and people from advantaged communities”.

Her main goal is to participate in the 13th SAF games to be hosted by Nepal in 2019.