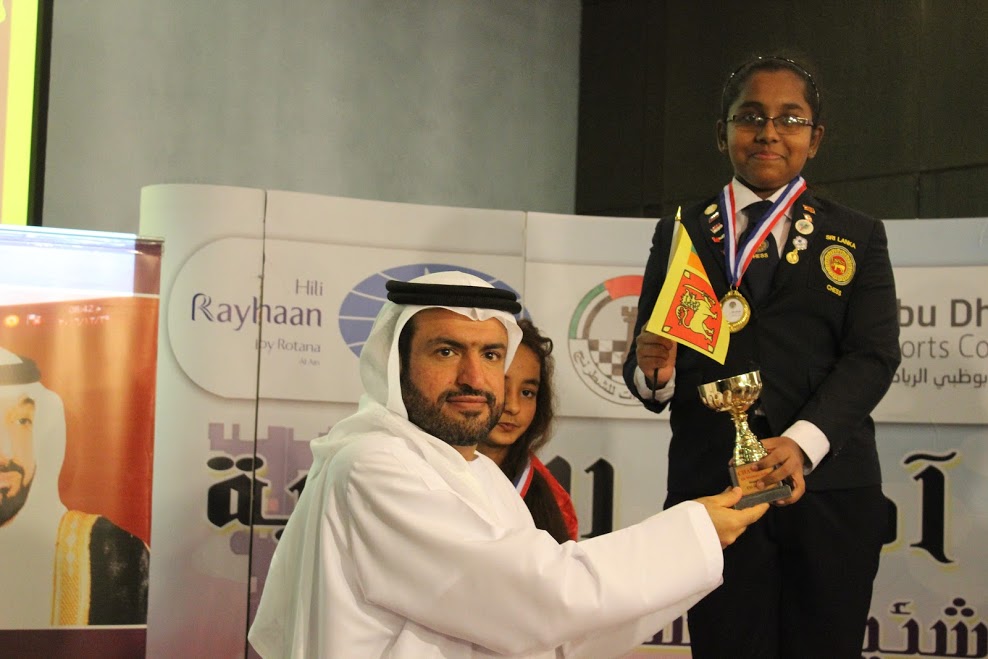 Menuri is a promising 16 year old student who is not only a star in the indoor games Chess but also, she is the first Glocal Teen Hero Sri Lanka 2020, where in she was recognized by the exclusive Glocal Teen Hero platform of Glocal Pvt Ltd. RESSILENT, DETERMINED AND FOCUS- is what she personifies.

LET’S FIND OUT WHAT OUR FIRST GLOCAL TEEN HERO SRILANKA, MENURI HAS TO SAY;

Menuri’s grandmother wanted Menuri and her brother to join chess after she became well versed with the sports while working in a European country.

Initially she did not have a coach and she was trained by her own brother and this is how her journey of chess commenced. After being taught by her brother, she participated in a tournament which happened in her brother’s school itself and her extraordinary rendition as a 7 year old, convinced her parents that she has a knack for the sports and so, they helped her to pursue it.

She said it has been an incredible journey so far with its fair share of disappointments. Back then, even after coming 9th in the Divisional Chess category tournament she was still not counted amongst the best Sri Lankan chess players and so, she decided to work harder and make her mark. Soon after, with continuous practice and unprecedented dedication, she was able to participate in reputed tournaments of Asia and was selected for international level tournaments held in countries like Thailand, Serbia, UAE, Taiwan, Singapore.

Though due to economic crisis she could not participate in some tournaments, but her performance had helped her get into an international school, Wycherley International School Sri Lanka, with full scholarship.

In 2013 she participated in Asian Chess Championship and pocketed a bronze medal in it. Also, for 5 years (2014-2017) she had been the National Youth Champion. Furthermore in 2016, there was a tournament which her father could not afford but they did not give up and she participated all on her own and the tournament officials also helped her a lot. After pursuing chess, she has been able to support her family too. Though there had been days when she had to stay alone due to economic crisis but, she has never let that affect her spirit and always tried to give her best shot no matter.

Over the years she emerged as a teacher and she has begun her chess classes having two students from abroad (America) as well. This has been instrumental in making her more self- sufficient and be on her own, taking care of her own expenses.

With time she recognized that poverty is a huge problem in her country and in Sri Lanka theft is so common that even if someone tries to do something for the society it’s not usually accepted. So, as a young socialist of a developing country, she believes the people of this nation just needs right direction and encouragement to go ahead and hence, she chose NO POVERTY as her goal.

Also, after experiencing a difficult situation in 2016 when her father met with an accident and it disrupted their flawless living completely, she understood what these poverty-stricken families go through and so it fueled her passion more to do something for these people.

Chess, has not only recognized her as one of the best players of Sri Lanka but she is grateful to their leader Sir Sajith Premadasa who was the Minister of Housing and Construction at the time she got her house. This was absolutely an ecstatic feeling for her as prior to they were on rent and her family was suffering a lot and this gesture from their leader, just put an end to one of their struggles.

Menuri’s parents have been her staunch supporter especially during her failures and they motivated and boosted her to keep going. They have acted as the pillars of her life, always guiding her way through and most importantly they never paid any heed to why the society said over her choice of career.

Besides so many recognitions, Menuri’s best memory is when she won 3 golds in West Asian Championship and got the title of ‘WOMAN FIDE MASTER’ IN 2016 BY WORLD CHESS FEDERATION and that clinched to be a memorable day for her.

Glocal Teen Hero is a great platform, and she thinks of it to be a big achievement and she feels I euphoric as this recognition is going to be highly instrumental in her future. She believes that we grow every day so during this pandemic she had arranged donations from various people and had distributed them amongst the needy people. She wanted to be more productive, so she had also participated in a program arranged by the United Nations.

In future, she has planned to come up with her own YouTube channel to encourage her fellow countrymen to reduce the use of plastics.

She also believes in encouraging the youth, so post the pandemic she wishes to visit different villages of her country and identify the talent and help them in my own way so that the poor children get opportunities and showcase their talent.

There had been a lot of hurdles but Menuri says she never chose to give up so she would like to tell her peers or all the people of her age or below that, we are capable of changing the existing problems and looking at the seriousness it should be addressed at its earliest. And, going forward we can stand out as an example even to the adults.

Menuri also urges them to play sports as it leads to clarity of mind and help them grow and in turn helps the country grow!